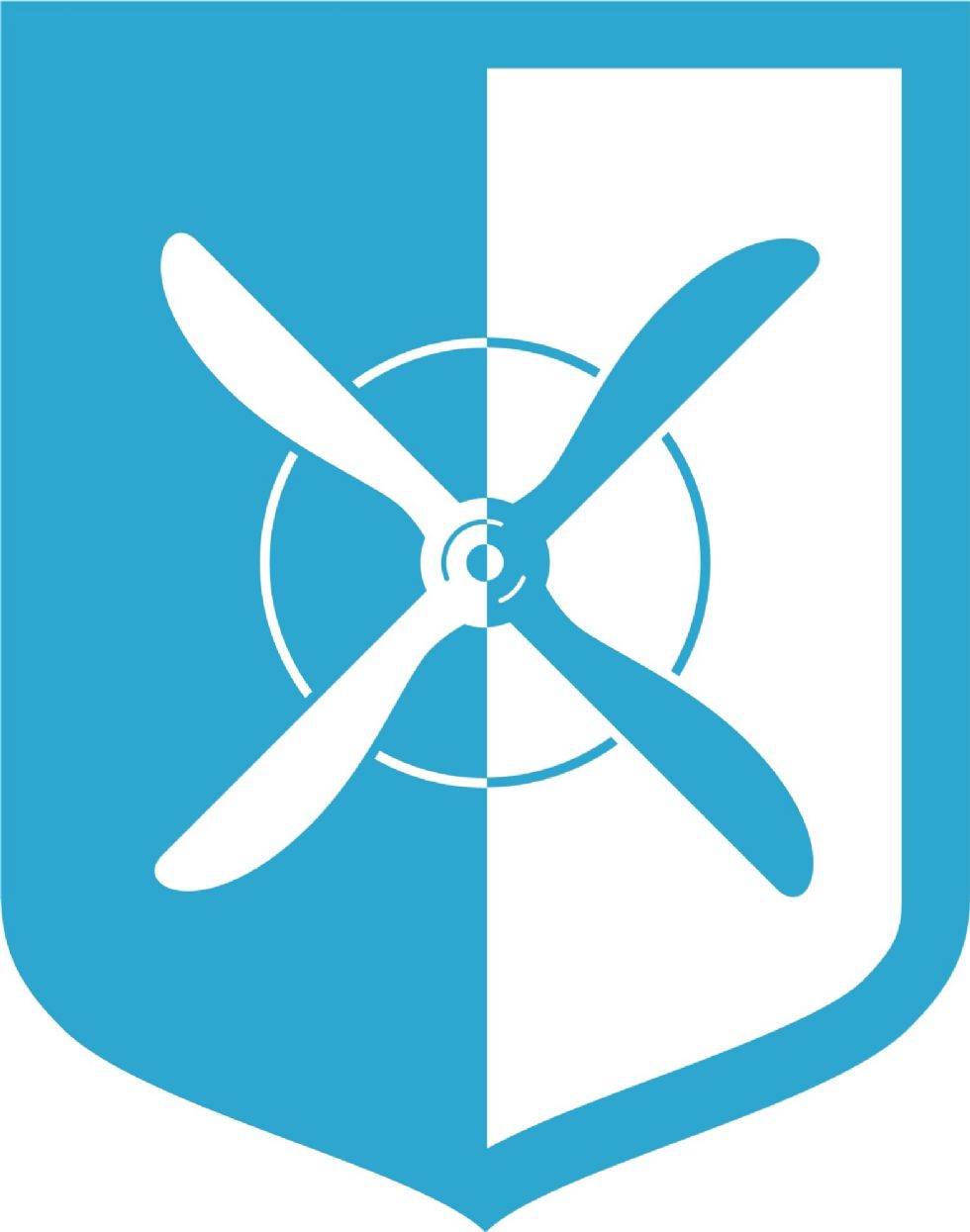 ​​Dowty House takes its inspiration and name from a local business that many families in the Forest of Dean will associate with: Sir George Dowty. Through his perseverance and dedication as an apprentice. He was able in 1935 to set up his own company in Cheltenham making innovative aircraft equipment and named it Dowty’s. They made parts for the Concorde Supersonic airliners and many more besides. The business still exists today making highly reliable undercarriages and propellers for many of the worlds famous aircraft manufacturers. In 1956 he was knighted for his services to the industry. Sir George Dowty worked hard to ensure that he had teams of people making the very best quality engineering. He reached for the skies and succeeded so too shall we?

In Dowty House, we will be going on a learning journey together. We will enjoy discovering new knowledge and skills with an open mind and apply what we have learned to new situations. Just as George Dowty did. We will champion and support each other with whatever challenges are faced and celebrate our achievements together. Be successful at whatever you put your energy to and teach others how to do the same. We will show strength in competition and we will be there together for each other.

A Timeline of Sir George Dowty

Born at Pershore,  27th April 1901, Worcestershire, the son of William Dowty, a chemist in Pershore, and his wife, Laura Masters. He was the elder of the twin boys by half an hour and the seventh son in the family.

1911 When he was ten years old his father died. His brother-in-law Sidney Fitzroy Fell took an interest in the boy and gave him a model steam engine that started him on an interest in engineering.

George was educated in a small private school in Pershore until 1913 and then at the Worcester Royal Grammar School, which they were obliged to leave at the age of fourteen because their older brothers had been conscripted into the army and they had to help in running the various family businesses.

George Dowty spent a year in the family business, but his early interest in engineering led him to join Heenan and Froude in Worcester as an apprentice.

In July 1918 George Dowty obtained a new job as a draughtsman with the British Aerial Transport Co‎ in London. The company’s chief designer was Robert Noorduyn and the technical head was Frederick Koolhoven and this experience accelerated his career rapidly and perhaps impatiently.

He was elected a student member of the Royal Aeronautical Society in 1918 and became one of the first Associate Members of the Institution of Aeronautical Engineers. He was employed by Rownson, Drew and Clydesdale of Kings Cross where he worked on the design of elevators and conveyors.

He joined British Portland Cement Co in London He joined the Dunlop Rubber Co where he worked on the design of compression rubbers used in aircraft undercarriages. 1921 He joined the design office of the A. V. Roe and Co. By the age of twenty-one, he had designed landing gear for the first Cierva Autogyro and the Avro Aldershot.

1924 He joined the Gloster Aircraft Co. By this time he had read several papers on undercarriage design to the Institution of Aeronautical Engineers and was already working at home on several ideas that he was later to patent.

1924 He took out a patent on arresting gear mechanism.

1926 George Dowty became a full member of the Royal Aeronautical Society 1931 He decided to set up his own company and formed the Aircraft Components Co,  while still employed at Gloster Aircraft Co. This was a shell company with no staff, no capital and operated from a registered office address in Lloyds Avenue, London.

1931 March 10th. He received his first order from the Civilian Aircraft Co of Hull but unfortunately, this company went bankrupt before they paid for the struts.

1931 Resigned as Draughtsman from the Gloster Aircraft Co at the end of June and formed Aircraft Components Ltd, Cheltenham.

1931 George Dowty’s first real success was with his invention for an internally the sprung wheel. The firm's first order came from the Kawasaki Company of Japan, for six internally sprung undercarriage wheels and then built them in premises in Cheltenham. In the execution of this order, the company Aircraft Components has established 1931 November. He recruited his first two employees.

1933 11 employees were working for Aircraft Components

1934 A breakthrough occurred when he offered to Henry Folland (Gloster Aircraft Company, Aviation Engineer) a pair of newly designed Oleostruts, for the Gloster Gauntlet aircraft. This gave him his first large production order which began two long associations with famous aircraft constructors, to supply undercarriages for the Gloster Gladiator and tail wheels for the Bristol Bulldog.

1934 In this year, the total employees numbered 45

Growth of the Company

1936 The firm went public with Dowty holding only a small percentage of the equity.

1937 He was elected a Fellow of the Royal Aeronautical Society

1945 Dowty Seals has founded 1948 Married Marguerite Anne Gowans, daughter of M. J. H. Lockie, of Newmarket, Ontario, Canada; they had a son and a daughter.

1952 Dowty was active in the Royal Aeronautical Society, being elected its president for 1952–3.

Two years later he was awarded its Gold Medal for outstanding designs and development of aircraft equipment.

As the various Dowty Group companies continued to thrive, it was clear that business was needed to run a business, to this end Dowty Group Limited was incorporated on 18th March 1954 and its headquarters based at Arle Court, Cheltenham.

In 1967, the Royal Aeronautical Society elected him an Honorary Fellow. In 1956 he was knighted for his services to the industry. The Society of British Aerospace Companies elected him President for 1960-61. Both Bath University and Cranfield College of Technology conferred on him Honorary Doctorates of Science. 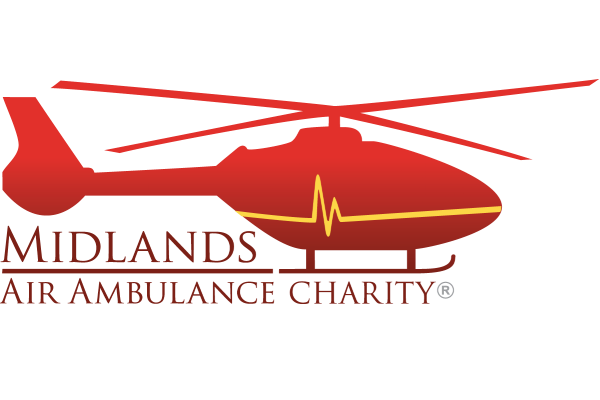 "Midlands Air Ambulance is the charity responsible for funding and operating three air ambulances serving the communities of six Midlands counties: Gloucestershire, Herefordshire, Shropshire, Staffordshire, Worcestershire and the West Midlands. This constitutes the largest air ambulance operating region in the UK. The charity also provides secondary cover to the surrounding areas, such as Warwickshire and mid Wales."

"Since 1991, the charity has responded to more than 54,000 missions averaging 2,000 per year, making it one of the longest established and busiest air ambulance organisations in the UK."

"The Lord's Larder Food Bank, which now services the Forest of Dean, Newent, Leadon Vale and West of Severn areas, was conceived to provide short-term access to basic food and toiletries. All those who found themselves unable to feed themselves or their families were eligible in the short-term. The Larder, which is run and maintained entirely by volunteers, opened in 2010 and still aims to fulfil that stated role today. Working with agencies within the county, we aim to target aid where there is a genuine need and have adopted a Voucher System which enables us to do this most effectively. Alongside this, we also use an Emergency Pack System in certain circumstances